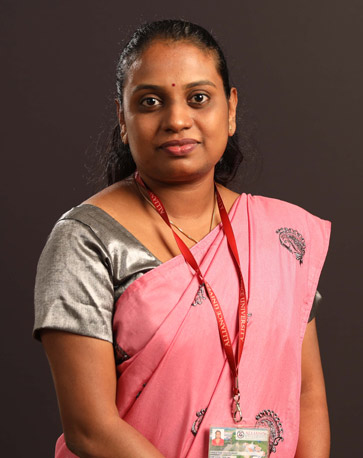 Dr. Vineetha Sivakumar completed her Ph.D. in Social Sciences from Tata Institute of Social Sciences (TISS), Mumbai with a specialisation in Criminology. Her doctoral thesis was on Vocational Rehabilitation of Prisoners. Recommendations from this research have been sent to the Tihar Prisons and the Kerala Prisons.

She had obtained two masters degrees, first in Criminology and Criminal Justice Administration from University of Madras, Chennai in 2008 and second in Applied Psychology from Bharathiar University, Coimbatore in 2011. She also holds a B.Sc degree in Psychology from Prajyoti Niketan College, Pudukad, affiliated to University of Calicut, Malappuram. After completing her masters in 2008, Dr. Vineetha worked with Scope e-knowledge Centre Pvt. Ltd., a knowledge processing company, and later in Beroe Inc., a business intelligence company, till 2011. During this period, she was closely associated with academia, researching on areas of honour killing and incest. She also qualified UGC NET with JRF in Criminology during the period. In 2011, she joined MPhil-PhD integrated programme at TISS.

She has presented research papers in various national and international conferences. Being a regular presenter at the National Criminology Conference, organised by Indian Society of Criminology, her works have been published in the conference proceedings of the Indian Society of Criminology.  She has also penned a chapter on Criminology in the book titled “Social Work: An Introductory Text Book” published by Regal Publishers, Delhi. Dr. Vineetha also has two papers waiting to be published in The Economic and Political Weekly (national) and The Sociological Research and Methods (international), respectively. She has also worked with experts in the field to write reports to the government and allied agencies.