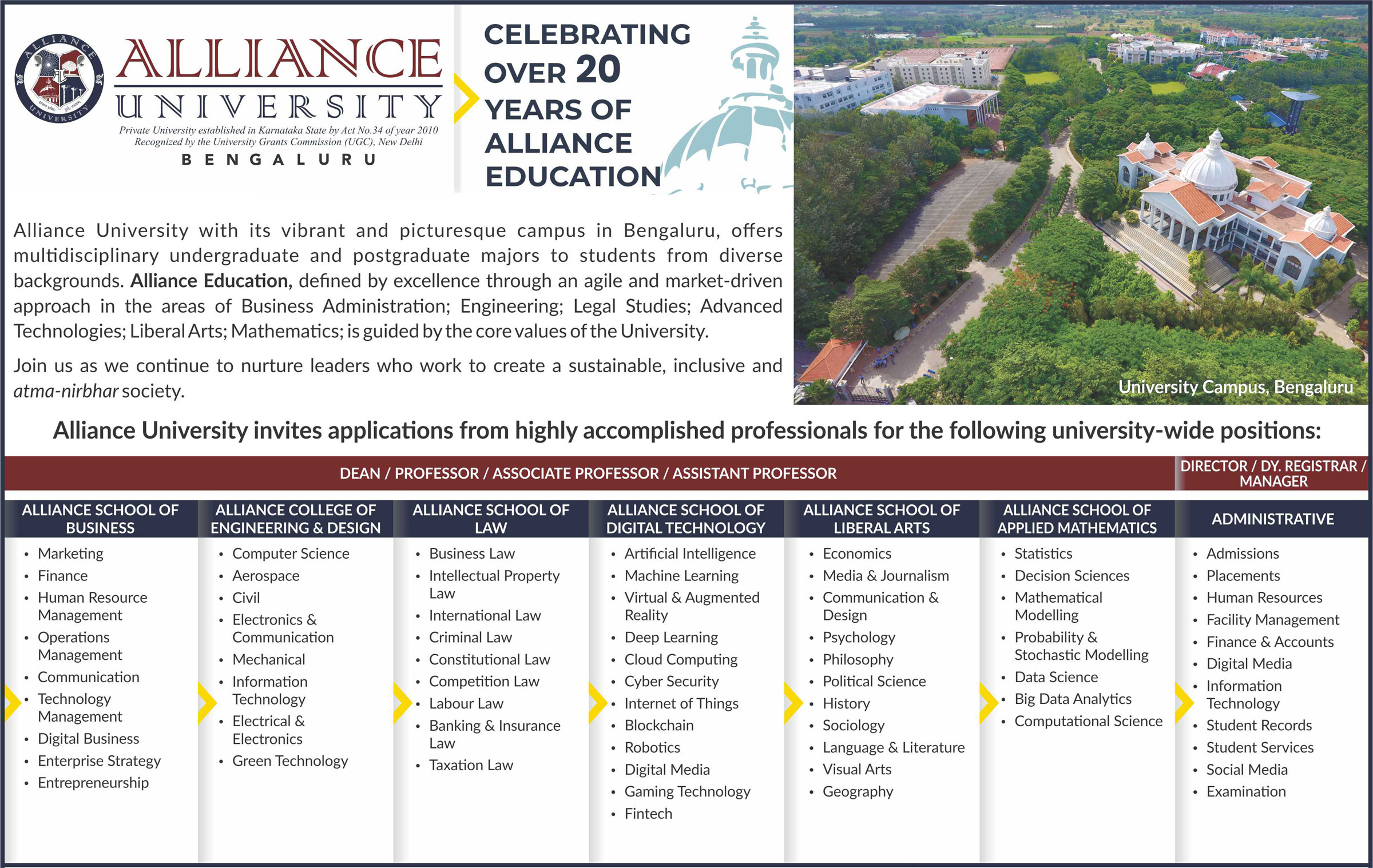 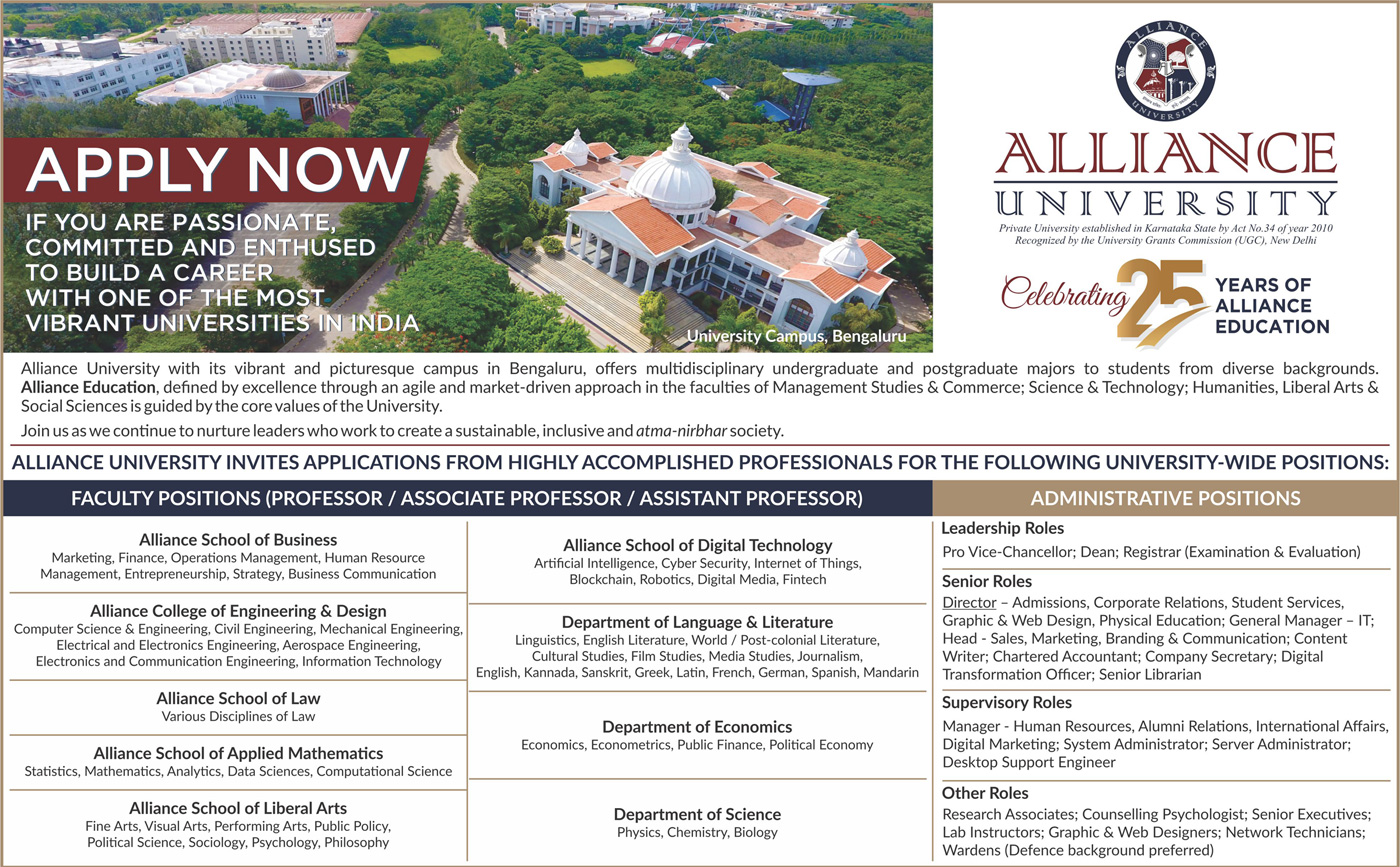 Remuneration for all positions: The best in the education sector.

To Apply: Please click on the link below or share your updated and detailed resume along with a cover letter to careers@alliance.edu.in

Be part of an institution inspiring innovations that change the world.

A career with Alliance University means:

Alliance University invites applications for Faculty positions at the level of Assistant Professor,
Associate Professor and Professor for the following disciplines:

An outstanding professional, having a Ph.D. degree in the relevant/allied/applied disciplines, from any academic institutions (not included in A above) / industry, who has made significant contribution to the knowledge in the concerned/allied/relevant discipline, supported by documentary evidence provided he/she has ten years’ experience.

Provided, the candidates registered for the Ph.D. programme prior to July 11, 2009, shall be governed by the provisions of the then existing Ordinances/Bye-laws/Regulations of the Institution awarding the degree and such Ph.D. candidates shall be exempted from the requirement of NET/SLET/SET for recruitment and appointment of Assistant Professor or equivalent positions in Universities/Colleges/Institutions subject to the fulfillment of the following conditions :-

The fulfilment of these conditions is to be certified by the Registrar or the Dean (Academic Affairs) of the University concerned.

The Ph.D degree has been obtained from a foreign university/institution with a ranking among top 500 in the World University Ranking (at any time) by any one of the following:
(i) Quacquarelli Symonds (QS)
(ii) the Times Higher Education (THE) or
(iii) the Academic Ranking of World Universities (ARWU) of the Shanghai Jiao Tong University (Shanghai)

The Dean acts as the facilitating link on administrative matters among faculty members, staff, students, and University leadership.

We are looking for a proactive and diligent professional to join our Institution as its Digital Transformation Officer, as it undergoes a shift to a centralized university management platform. You will play a cross functional role, and are expected to work closely with the University’s internal team, their partner and any such additional third parties to ensure delivery and adoption of this new system. You will be responsible for understanding the long-term vision of the institution and aligning it with the implementation of the solution, all which will provide you with opportunities to be deeply involved in the continued growth of our institution. The ideal candidate will have a program management mindset and focus on communication, detail, and driving toward results.

Alumni relations manager plays a very important role in coordinating all the functions of the organization that aim towards the promotion of alumni.