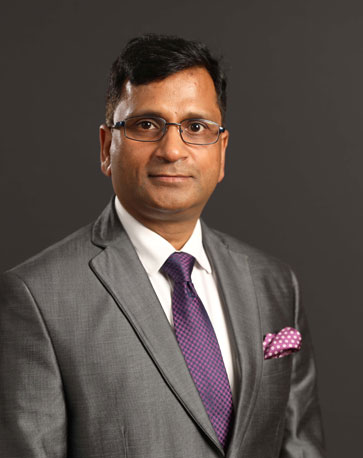 Dr. Mukul Saxena is a PhD from the Tata Institute of Social Sciences, Mumbai. An alumni from the National Defence Academy, Dr. Mukul served for more than two decades in the Indian Army. As a Colonel, he has the distinction to command an Infantry Regiment and one of the ten Territorial Army (Home & Hearth) Regiments in the Indian Army. He took premature retirement in 2017.

Alongside his military career, he has an equally strong academic and public policy profile. He is a Master in Public Administration (Edward Mason Fellow), Harvard University, USA and was awarded the John Kenneth Public Service fellowship (2017-18). He is also the first child advocacy fellow to the Harvard Law School, USA (2005-06) and was the member of the diversity committee while at Harvard in 2018.

He is an LLM in International Human Rights Law, University of Essex, UK (2003-05), a Draper Hills Democracy Fellow, Stanford University (2015) and a Chevening Gurukul Fellow for Leadership and Excellence, London School of Economics and Political Science, United Kingdom (2013). He has also attended the workshop on 'Civil Military Response to Terrorism,' Naval Post Graduate Academy, Monterey California(2008).

He is a Tata fellow and was awarded twice by the Indian Army for selfless devotion to duty. He was also consultant to the National Commission for the Protection of Child Rights, New Delhi (2008-14).

In 2018, he launched a grass root intervention to combat crimes against women, ‘Chuppi’ The Compulsion to Silence: Why women opt to remain silent despite being harassed?  and a field study examining the Rohingya children as an unhealthy, unimmunized, uneducated and totally marginalized living in abject poverty within the contours of the Kashmir conflict (2015-17).

He was also the part of the Team which drafted the National Policy Guidelines for the Law Enforcement Officials Towards the Treatment of Children while Dealing with their Arrest, Detention and Ill- Treatment, Govt. of India (2013) and was part of the teem which launched the Bal Bandhu Scheme for the Protection of Child Rights in areas of Civil Unrest. The study examined 796 villages in 93 Gram Panchayats covering 752 schools and 787 Anganwadi Centres.  This is the first ever child rights intervention in Kashmir, Assam and Left-Wing Extremism affected areas of Chhattisgarh, Andhra Pradesh and Maharashtra under the aegis of the NCPCR and funded by the Prime Minister Office (2009-12).

One of his key studies in conflict include Disparity in Conflict Areas examining encroachment and relocation of development spaces (occupation of schools by security forces), clustering of health and education institutions along national highways/ urban centres (relocation from remote areas). Institutional access dependent on the reach of contractors rather than population demand. This risks in the creation of power dual spaces and increased vulnerability amongst children (2013).

While in the military, he was also responsible for emergency response in the conflict-ridden areas of Kashmir and Northeast India during the flood relief operations in Assam between 1997-2001, earthquake relief operations in 2005-06 in Kashmir, agitations between 2006-08, flood response and health emergency response between 2009-12 in South Kashmir and in the Jammu region from 2015-17.

One of the important speaker series in2018 include Reinvestigating the Economical Social and Cultural Rights within the UN Convention for the Rights of the Child (Harvard Human Rights Symposium) and Apathy and Inaction: The Plight of the Rohingya Muslim (Harvard T.H. Chan School of Public Health).