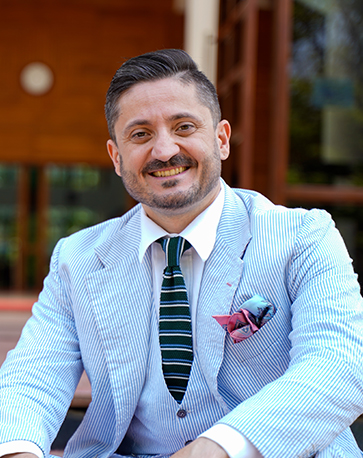 Dr. Andrea Lorenzo Baldini studied as a Fulbright Fellow at the Department of Philosophy at Temple University in Philadelphia (USA), where he obtained a Ph.D. He also holds a Ph.D. in Texts Sciences from the University of Siena, Italy. He has distinctly interdisciplinary research interests, which lie at the intersection of aesthetics, cultural studies, intellectual property law, and visual culture. In particular, his work focuses on how creativity can influence our everyday practices, while imbuing them with meaning(s).

Dr. Baldini has written extensively on street art, graffiti, and the politics of public space. His recent articles appeared in Contemporary Aesthetics, Estetika: The European Journal of Aesthetics, and The Journal of Aesthetics and Art Criticism. He is a recipient of multiple awards and fellowships including the “Top Paper in Urban Communication Award” from the National Communication Association (NCA). He has been elected Delegate-at-Large of the International Association for Aesthetics (IAA).