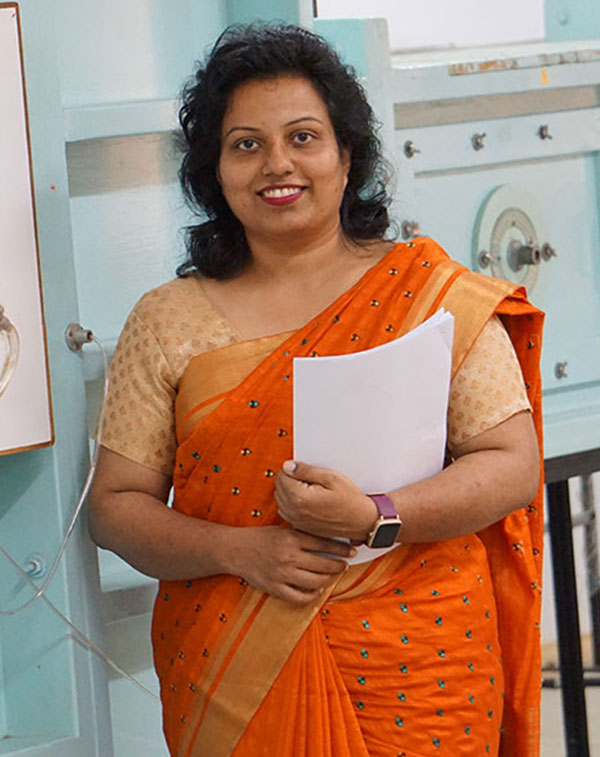 Professor Gisa G S is a graduate in Electrical and Electronics Engineering from the Government Engineering College, Thrissur-Kerala. She proceeded to pursue her Master of Technology in Avionics- Aerospace Engineering from Jain University, Bangalore by being the Gold Medal Winner with outstanding academics, in the academic year 2013-2015. She was awarded with Gold Medals for Best Student by the Society of Indian Aerospace Technologies & Industries and by Karnataka Hybrid Micro Devices.

She has been teaching for 5+ years in various reputed engineering colleges within the country with a proven track record of guiding and motivating students and has an excellent ability to teach in a multi-ethnic and multicultural environment.

Her research areas of interest are in advanced sensor technologies, smart sensors and wireless communication and networking of sensor system in launch vehicles and satellites after completing her M.Tech. Project-“Implementation of Direct Digital MEMS Pressure Transducer using ADS1114” from the Indian Space Research Organization, Bangalore. She was a guide of various projects in both Aerospace and Electrical stream like Design of Flight Recovery Capsule, Design and implementation of Quad Copter for crop health monitoring using image processing techniques, Intelligent Street Lighting System & Consumer Control & Monitoring System for Electricity Board and worked for organizing RESONANCE – a national symposium conducted by the Electrical & Electronics Department in the year 2006. She attended a Workshop on “Popularizing BHUVAN PANCHAYAT PORTAL” organized by the Indian Space Research Organization, Bangalore.