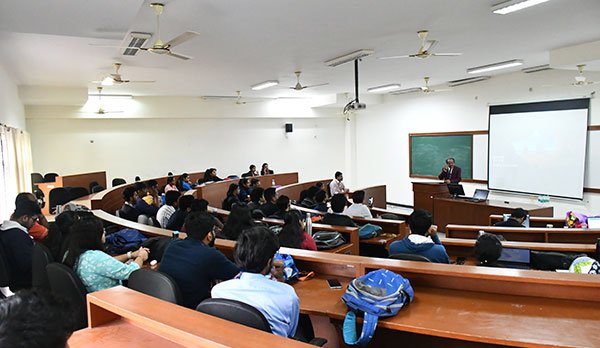 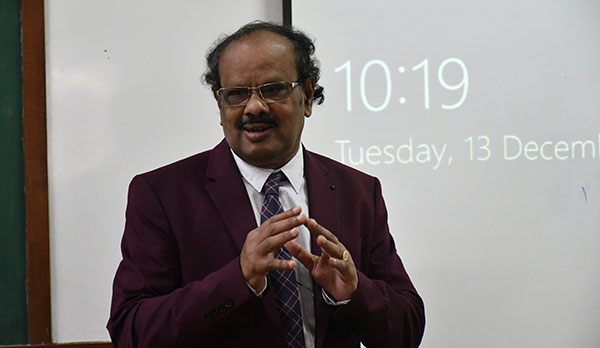 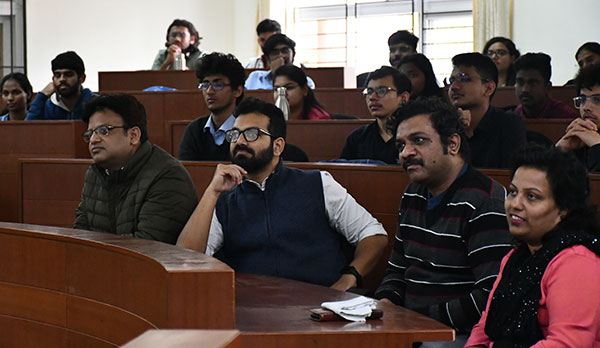 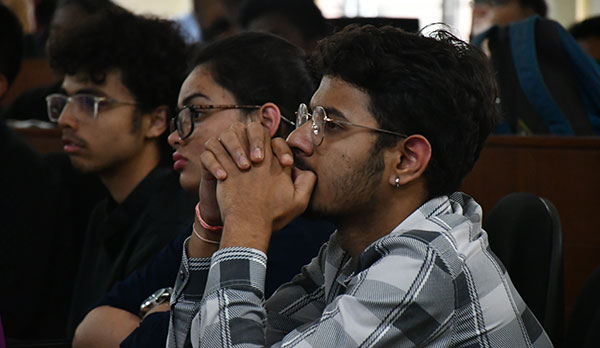 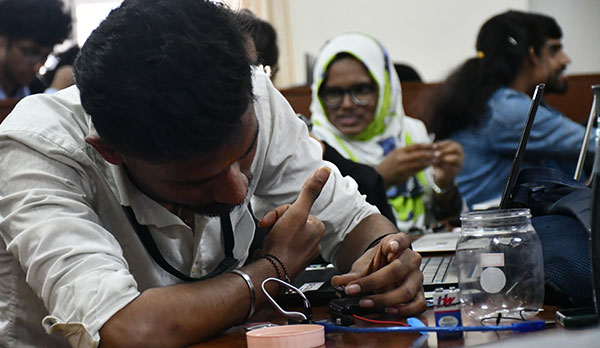 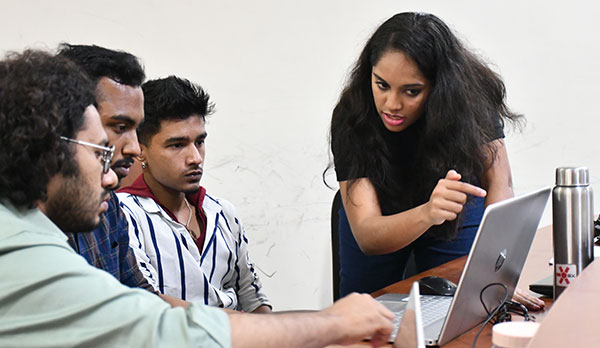 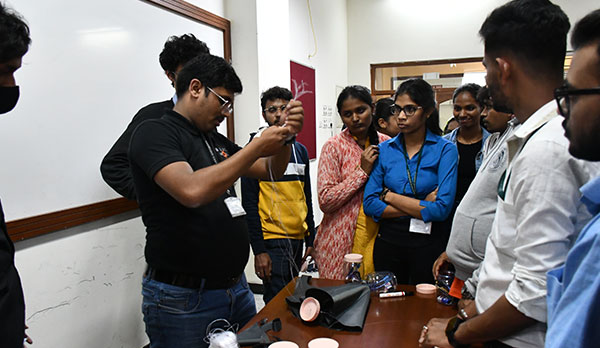 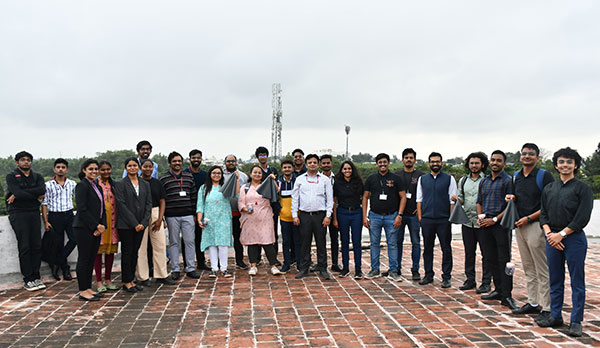 A CANSAT Workshop presented by Black Hole Space Tech was organized by the Department of Aerospace Engineering of Alliance College of Engineering & Design, Alliance University.  The aim of the workshop was to put forth a knowledgeable session dealing with the fundamentals of satellites, including their purpose as well as the design. The workshop also included an erudite talk by the esteemed guest of the event, Dr. R.R. Elangovan, a former Indian Space Research Organisation (ISRO) scientist, who shared his vision with the audience giving them an insight to the basic introduction and creation of the CANSAT.  The most exciting part of the workshop was to get a hands-on experience on the satellite model creation where every space enthusiast in the room could build their own CANSATs. The students were given an insight about how to calculate all the necessary parameters for the design of a satellite and its characterization. At the end of the session, everyone got the chance to put together their own CANSAT using the readily available parts and electronics that were supplied by the event coordinators.

The workshop began in the auspicious presence of the former ISRO scientist and the guest of honor for the event, Dr. R.R. Elangovan and organizers from Black Hole Space Tech, Ms. Dipti Ramesh, CEO & Co-founder; Mr. Nandan, Chairman; and Mr. Akhilesh. The session attended by Aerospace students also had the presence of the workshop coordinators and professors in the Aerospace Dept. of Alliance College of Engineering & Design, Dr. Syed Alay Hashim, Dr. Rakesha Chandra Dash, and Prof. Hariprasad Thimmegowda along with other faculty members of Alliance University.

Dr. Elangovan, an erstwhile colleague of former President of India, Dr. APJ Abdul Kalam has about forty-two years of experience including eight years of international research and development, academic, industrial and project management in the field of Aerospace Engineering and Satellite Communication in India, Gulf and Africa. He has also carried out dynamic analysis of the launch vehicles like SLV, PSLV, GSLV and many more. As a motivational speaker he has given around seventy-five webinars on various topics in forty-five institutions mentoring startups in the areas of CUBEAT, ROCKETERY, Drone and much more.

Dr. Elangovan presented his keen study on the creation of CANSAT. He also explained the fundamentals related to the construction of the CANSAT. Dr. Elangovan also shared his life experiences and the journey of working with greatest and finest of the scientists of India. His expertise in dealing with various situations in life gave the audience immense encouragement. Later, students put forth their questions and got a key to the confusions they had regarding the aerospace industry. It was truly an amazing as well as an inspiring session which enlightened the minds of all the members present in the workshop.

Further, a briefing on CANSAT and a discussion with the attendees about their perspectives summarized as follows, ‘A CANSAT is a sort of sounding rocket payload used for teaching space technologies. It is comparable to the technique used in miniature satellites. CANSAT has never left the atmosphere, nor has it ever orbited the Earth.’ The attendees were then given an overview of the software used to control and gather data from CANSAT using the Arduino software. Additionally, participants were educated on how to install and use the Arduino Uno software which would further help in collecting the data and obtaining the required results from the CANSAT.

The most awaited part of the event arrived when students were given the necessary materials to begin constructing their own CANSAT, which was followed by instructions and mentoring by the Black Hole Space Tech members. Groups of three were made considering all the participants for the ease of functionality of the event. Once the CANSAT was built, the programming was done into the motherboard of the CANSAT using the Arduino software.  Students were also provided with an opportunity to build their own parachutes to deploy the CANSATS which were finally ready to be launched. Participants were instructed to get to an open area to deploy their CANSAT using the parachutes. Members of Black Hole Space Tech were truly encouraging and supportive throughout the session.

It was a wonderful and knowledgeable event where all participants had the opportunity to interact with one of the finest scientists of India, Dr. R.R. Elangovan and members from Black Hole Space Tech, Ms. Dipti Ramesh, Mr. Nandan TG and Mr. Akhilesh who organized such an amazing session. Overall, it was an inspiring and well-informed session giving participants an insight about space and space technologies.